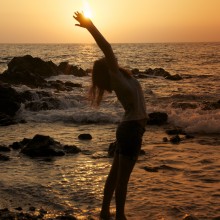 Posted on April 29, 2014 by ChristineWushke in Uncategorized

I was once given a teaching in a dream that helped me understand the distinction between the permanent and the impermanent. The understanding of this dream enabled me to embrace life as it is. It showed me that all of life is transient, and I can be free to enjoy the ups in life without […] 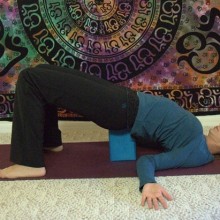 Posted on April 22, 2014 by ChristineWushke in Wellness through Yoga

This pose is recommended for continuing students or those who are comfortable with back bending poses.  As this pose in a little more challenging, make sure to honor your body, moving mindfully, and listening to your intuition. It is advisable to learn this pose first under the supervision of a qualified yoga instructor before practicing […] 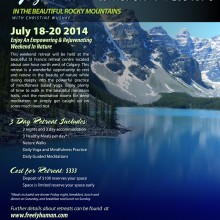 Posted on April 17, 2014 by ChristineWushke in Blog, Events

Living so close to nature during my time in Hawaii was so energizing and healing I came home inspired! I wanted to create a local retreat this summer devoted to doing yoga somewhere beautiful and close to nature, so I can share this wonderful experience with you. I have booked the St. Francis Retreat Center […] 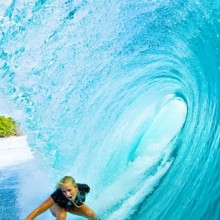 Posted on January 17, 2014 by ChristineWushke in Blog, Wellness through Yoga

To a surfer, the big waves are golden treasures, moments of precious opportunity. To a person afraid of the ocean, big waves are a pretty big problem. I like to look at life like the ocean: it is pure potential, and it is unique in every moment. Like the surfer we can look at […] 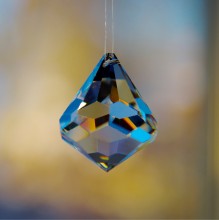 The Anitdote to Victim is Choice

Posted on January 11, 2014 by ChristineWushke in Diary of a mystic yogi, Uncategorized, Wellness through Yoga

The antidote to the victim* mentality is conscious choice. Before you read this article any further, stop for a second and notice how those words made you feel. Did you choose those feelings or did they happen on their own? Noticing where and how feelings and emotions arise in us can be the key to […] 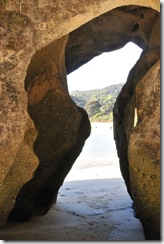 Threading the Needle of Fear

Posted on November 19, 2013 by ChristineWushke in Diary of a mystic yogi 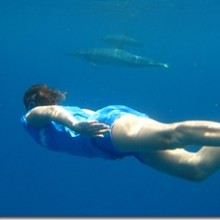 The Freedom of Being: Tails of a Loving Dolphin Encounter

Posted on October 1, 2013 by ChristineWushke in Uncategorized

Ever since childhood I have dreamed of swimming with dolphins. During my first retreat on the Big Island in Hawaii, I had the chance to snorkel near them in a local bay. Seeing wild dolphins up close was a life long dream fulfilled.   On my first day of snorkelling, the dolphins arrived; […] 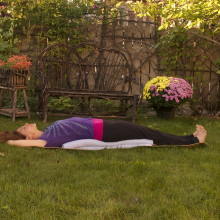 Posted on September 12, 2013 by ChristineWushke in Blog, Wellness through Yoga

This is a great pose for relieving upper back tension, improving overall  posture, and energizing your body. I often use this pose when i feel fatigued near the end of a long day, and come out of the pose feeling renewed and refreshed.   1. Take one blanket and roll it into a tight […] 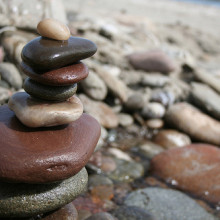 Turn the Other Cheek, or Rather, Hemisphere

Posted on August 22, 2013 by ChristineWushke in Blog, Diary of a mystic yogi

In the last few months I’ve been reading and studying the brain for my course and trying out some of the exercises on myself. One of them is something I like to call “whole brain integration.” The technique is to basically understand your brain in four different sections, understand what each section does, and learn […] 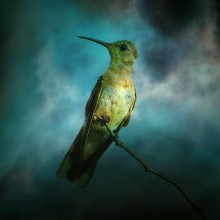 Posted on April 24, 2012 by ChristineWushke in Diary of a mystic yogi

When I was around 5 or 6 years old I had a near death event, and the memory of waking up from myself has never left me. In fact, it has shaped the person I’ve become. I’ve always remembered the feeling of waking up out of my body. Sometimes when I first come out of […]